Located in the old city center of Split in place of the old cinema Marjan, the caffé got its name in memory of one of the most credited mayors in the history of the city, Antonio Bajamonti (1822 – 1891) who work very hard to create a modern European city during the Austro-Hungarian Empire period. With this background, we tried to give a kind of “old feeling” with the logo and printed material: the colors are dark and remind the old leather and rust. The font of the menus, Didot, was made between the end of the 18th and the beginning of the 19th century, when Mr. Bajamonti lived. The logotype is a modification of an handmade-like style font so that reminds a signature, as the old major is still there drinking his coffe. Work: visual identity, menus, visit cards and promotive materials. 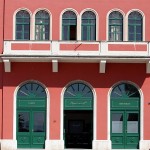 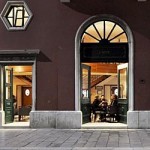 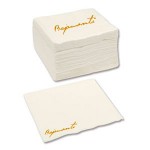 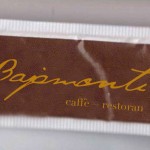 Do you have questions about our services?
Do you need a local distributor for your next great product?